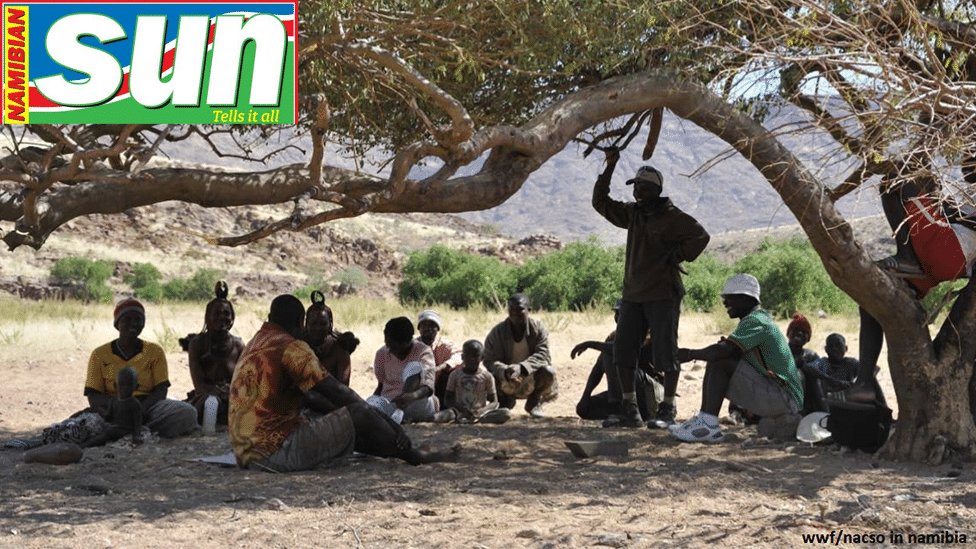 Communities lash out at Born Free Foundation - The Namibian Sun

The Namibian Sun reports on the complaint lodged by community leaders in southern Africa to the Charity Commission for England and Wales, citing the false assertions made Born Free Foundation, a UK registered charity:

Community leaders from six African countries, including Namibia, are accusing the Born Free Foundation of waging a campaign of disinformation against trophy hunting that will damage African conservation activities and undermine human rights and livelihoods.

The Community Leaders Network says that as the UK parliament considers a ban on trophy imports, community leaders representing millions of rural Africans have launched an official complaint against the animal welfare organisation.
The complaint to the Charity Commission for England and Wales focuses on the Born Free Foundation’s continued assertion that hunting does not support conservation or local livelihoods.
It says community leaders from Botswana, Namibia, South Africa, Tanzania, Zambia, and Zimbabwe, all of which have trophy hunting as a significant part of their conservation strategies, believe that the Born Free Foundation’s assertions are “false” and“misleading”.

Dr Chris Brown, CEO at the Namibian Chamber of Environment, says Namibia has a successful community-based conservation programme, where community rights, responsibilities, livelihoods and conservation benefits all come together in a win-win situation.
“This approach is being consistently undermined by western societies who do not understand the vital role of markets andconservation working together.”
Brown says urban people in western countries can easily be influenced by western NGOs with an anti-hunting animal rightsagenda that has nothing to do with conservation or with the rights of African communities to decide how to use their naturalresources.
“These NGOs tell lies. And these NGOs have a very lucrative business model of getting many large donations from wealthy, ignorant people in the west to fund their own agenda and their bank balances. It is time to call them out.”

The Community Leaders Network says community leaders are angered at continued efforts to undermine their conservation achievements, and their right to sustainably manage wildlife.
“The actions of this charity serve to undermine the human rights and livelihoods of several million people living in ourcommunities, as well as threaten the continuing success of our globally recognised conservation programmes,” their complaint states.
“While UK charities no doubt have the right to campaign for the rights of African animals, this right cannot come at the expenseof African people’s rights to sustainably manage the resources on which our livelihoods rely or at the expense of the truth,science and fact,” said Maxi Pia Louis, chair of the Community Leaders Network.
She said the Born Free Foundation’s continued distortion of the facts jeopardises conservation and livelihoods and they should not be allowed to campaign and raise money.
“It is disappointing that the Charity Commission has to date not acted upon our complaint in a manner which produces results. Trophy hunting, though controversial to many, is recognised by the International Union for Conservation of Nature (IUCN), based on strong scientific support, as a conservation tool that can – and does – positively contribute to conservation and local livelihoods in the face of intense competing pressures on wildlife habitat and widespread poaching.